The first video was about a 2 minutes fast charging process in which people can see a 600mAh battery obtained 68% power in just 2 minutes; In the second video, a 3000mAh lithium polymer battery with energy density of over 620Wh/L got 48% power in 5 minutes, which can support 10 hours phone call. 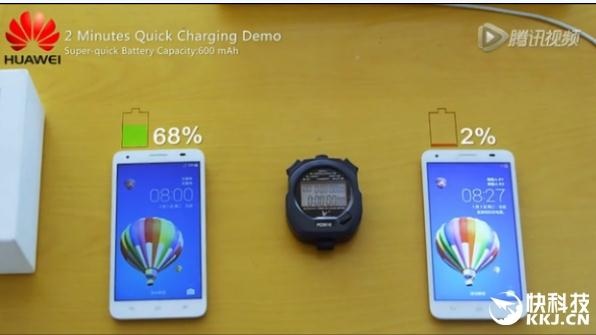 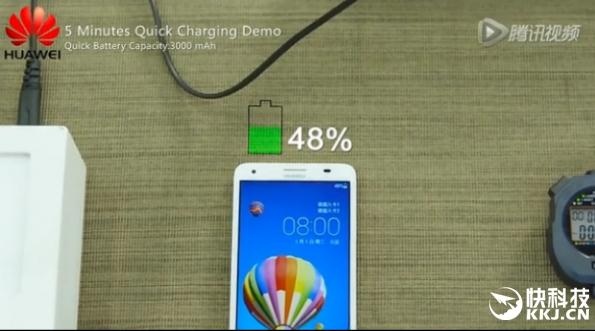 This fast charging technology ensured high speed charging as well as the durability, the battery cycle life is considered and maintained very well according to lab test.

According to HuaWei, their fast charging battery made big breakthrough with a cathode material of completely new molecular structure, by changing the cathode molecular structure with heteroatoms, both functions of the chemical storage and physical storage were realized. Hence, the battery charging speed was greatly changed while the lithium polymer battery  energy density and cycle life were not affected.

HuaWei declaimed that, with this fast charging technology, people can recharge their smart phones, power banks and wearable devices in a short time when they make up a coffee.