Email:[email protected]
Wearable device to relieve pain will be released

Chronic pain is called  ”die of cancer” by people, for the great pain caused by it. There are hundreds of millions of people in the world are tortured by this disease, patients need to keep taking painkillers because the pain is hard to be cured. Side effects caused by Long-term medication is immeasurable. In order to find a healthy way to alleviate the suffering of patients, a Quell wearable equipment appeared in CES 2015 consumer electronics show with long life light weight lithium ion battery equipped. 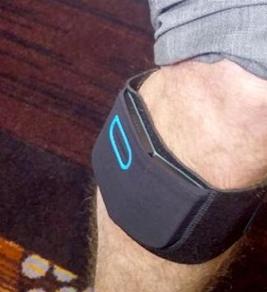 As far as China lithium battery manufacturer knows,Quell is one of few non prescription therapy devices authenticated by FDA (U. S. Food and Drug Administration), so it is scientific and relatively more safe. It uses a trans-cutaneous electrical nerve stimulation technique, after wearing in the leg, it can send small current to realize a certain pulse, and then sends signals to the brain, releases natural painkillers, hence relieves the pain condition. Although this kind of experience does not fit all users, but usually effective for general population. In addition, if the user feel that Quell does not work, can also get refund within two months.

The experience is not painful, but actually you can only feel a faint buzz instead of uncomfortable feeling. Lithium polymer battery in Quell can work up to 40 hours, the device can also be used for sleep monitoring through iOS application program, and reduce the strength of the current at night, helping users to enjoy better sleep.